Member of the Supreme Court

Mr. Kamawy completed his higher education in Law and Jurisprudence in Sharia faculty of Dawat-o-Jihad University in Pakistan. After that, he went to Al Azhar University and got his Masters and PhD in Law and Jurisprudence from the Sharia faculty of Al Azhar University in Cairo, Egypt. Upon the establishment of the interim government based on the request of the Ministry of Justice he was appointed as the adviser for the Minister of Justice and has worked as the deputy secretary of the constitution commission and legal adviser for the chairman of the constitution Loya Jirga (grand council).

He was appointed as a legal adviser for the Joint Election Commission and in charge of the office for the candidates of the presidential election. In 2004, he was appointed as the General Administration Director of the Judiciary. He is a member of high council of the Supreme Court and holds judicial cadre grade of “Qazawatpoh”.

In the year of (1391) (2012) the president office proposed as a member of high council Then he received vote of confidence from the parliament and appointed as a chief of public security department of Supreme Court .

Dr. Kamawi is author of more than 15 academic works in different legal and jurisprudence fields, which are as follow:

Furthermore, he has compiled many more legal and academic articles most of which have been published in journals inside and outside the country.

Dr. Kamawi has also taken part in writing of books under the topic of “Activities and Achievements of the Judiciary during the Five Years”, “Administrative Reforms and Anti Corruption in the Judiciary” and “A Look at the Judicial Cooperation between Egypt and Afghanistan”. Dr. Kamawy has participated in more than ten international conferences in Germany, Holland, Turkmenistan, France, Spain, Italy, Ireland and Egypt and he can write and speak Dari, Pashto, Arabic and English.

Qazawatwal Barat Ali “Mateen” son of Jan Ali grandson of Ali Ahmad, born in Srkh Deh of Kakrak of Jaghtawi District of Ghazni Province in a farmer family in 1959. His native language is Dari. He can speak Pashto and Arabic and he has a good knowledge of English. He doesn’t have membership of any party or politic organization.

He attended Sharia Faculty of Kabul University after passing the university entrance test in 1980 and graduated with top score from Sharia Faculty in 1984 and assigned in secretariat of Supreme Court as employee officially.

He always attended actively in academic and research conferences in high school and later in university and received appreciation letters from the conferences. He likes to read books and have academic discussions. He knows heritage law.

After completion of military service, and graduating from judicial stage with top grade and becoming judicial specialized (Munsalik), he worked in different primary and appellate courts in penal, civil, public rights and personal affairs.

In many stage periods, he has been serving as instructor of penal code in judicial education center of Supreme Court. He had been a judicial advisor for civil cases and public rights in Supreme Court since 2006. He attended a one-year law and judicial course in international development law organization (IDLO) and received a certificate during his official duty. He actively participated as one of the authors in drafting and compiling the cycle of 3-volume book on law of obligations that was authorized by judicial high committee of Supreme Court with a group of lawyers of the country which was required to be published for the directorate of judicial education. He had an active role in many legal-judicial seminars of Supreme Court, in simplification process of judicial procedures and in academic-legal conferences.

His participation and attendance in academic-research affairs during official duty are as follow:

Qazawatwal Mateen recently got 154 votes based on confirmation of parliament and degree no. (76) Dated October 3, 2013 of president of Islamic republic of Afghanistan assigned as member of high council of the Supreme Court. 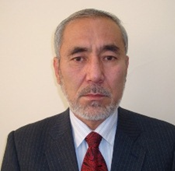 Pohandowy Abdulqader Adalatkhwah son of Khosh Mohammad was born in 1333 in Delshad Village, Hazrat-e-Emam Saheb District of Kunduz Province. He completed his primary education at Gheraw Primary School. In 1356 he graduated with high grade from Takharistan Religious School (Madrasa) of Kunduz province. Once passed the university entrance exam, he started his higher education at Sharia Faculty of Kabul University. After that he got his master’s degree in judicial and prosecution affairs from faculty of law, Kabul University.  With due consideration to all academic standards, he got scientific cadre membership of private rights department, law faculty of Kabul University in 1362. For the past 30 years he has been teaching various law subjects such as; obligatory rights, family rights, objective rights, modern mass legal systems, heritage rights, fundamentals of Islamic law (Sharia Law), fundamentals of law, criminal law and some other subjects. In addition, he has taught the civil rights subject at Sharia School and fundamentals of law at journalism school of the Kabul University and has taught subjects such as; the human rights and the law on how to acquire rights as part of capacity building courses for the ministry of justice staff. Moreover, he has been responsible to the law on how to acquire rights at the Supreme Court stage courses and has been the trainer of the seminar on “the constitution and the Loya Girgas” and the trainer of civil rights subject conducted for the defense attorneys by the Association of the Afghan women lawyers. In addition to teaching positions, PohandoyAdalatkhah has served at the Kabul University as the general manager of the general sub-directorate of the faculty in 1368 (grade 3) and general manager of the students’ general sub-directorate in 1373. During 1371 to 1375 he has remained head of the private rights department of law school of the Kabul University. And during 1377 to 1380 he used to work as an advocate.

The mentioned represented Kunduz residents at the emergency and ratification of the constitution Loya Jergas and was elected secretary of the 1st committee at ratification of the constitution Loya Jerga. During transitional government from late 1380 to late Asad 1381, he was head of Kunduz Huquq department (grade2) and later on he became head of Kabul Huquq department yet preserving all his scientfic  rights and privileges. And in earlier 1384, he was assigned as General Director of the Huquq department of the Justice Ministry.

Based on 1917 presidential decree of the Islamic Republic of Afghanistan on 26 June 2007, PohandoyAdalatkhah was assigned as Administrative Deputy of Justice Ministry (high rank position), and was working in this position till 9 June 2010. Later on, he was introduced to lower house of the parliament by the president as a member of The Independent Commission for Overseeing the Implementation of Constitution, and after receiving approval of the lower house, on 9 June 2010 he got membership of the commission and was officially assigned to this high ranked post through presidential decree number 52 on July 26, 2010. Later, based on direct and secret votes he was unanimously assigned as Deputy of the commission. Finally, he was introduced as a member of the Supreme Court to the parliament and once received the confirmation, was officially assigned as a member of the Supreme Court through presidential decree number 108 on 1 January 2014.

Pohandowy Adalatkhwa was the founder and first editor in chief of the legal publication of justice ministry. Meanwhile, he is editor in chief of the constitution magazine and writing board member of Adalat Magazine issued by the ministry of justice. He has excellent language skills in Dari, Pashto, Uzbeki and is good with Arabic. He is also familiar with Russian and English languages.

He has written the family rights text book and has written more than 45 scientfic  and research articles for credible domestic magazines including Kabul University Social Sciences Magazine, Kabul University Scientfic  Magazine, the Justice Magazine, Legal Awareness Publication, Tebyan, Aryana, Sharia Magazine, Magazine of Rights, the Judicial Magazine, Rights and the Society Magazine, The brother ethnic group magazine and likewise. Following are the list of his publications and articles:

Tours and Participations in Seminars

Pohandoi Adalat Khawah is married and has three sons and two daughters. 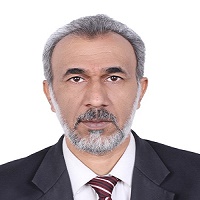 Qazawatmal Abdul Haseeb <Ahadi> son of Abdul Ahad, born on 1348 in Kabul and graduated from Emam Abo-Hanifa High Madrasa (PBUH). He holds a bachelor degree from Law and Jurisprudence Department of Sharia faculty of Kabul University and is a graduate of Judicial Setaj, IDLO Judicial Course and CEDAW Judicial Course.

In the event arranged on this occasion on July 3, 2016 in the building of Supreme Court, first some verses of Holy Quran were recited, then the presidential decree was read and later Qanoonpoh Sayed Yousuf Halim head of Supreme Court talked about the bright work background  of of Mr. Sangari, adding that the Supreme Court given the new cadre policy in appointing judiciary cadres taking all the necessary conditions in mind such as experience, specialty, commitment, loyalty and accountability. With respect to all the existing criterias, we have recognized Mr. Sangari suitable as member of High Council of Supreme Court and fortunately the selection was welcomed by the President, Executive Office, as well as Lower House and the National Assembly and I thank the credence of the mentioned authorities and wish Mr. Sangari success on his duties.

Later, Qazawatpal Mohammad Zaman Sangari member of High Concil of Supreme Court had a brief speech, saying: “I realize the pressure of judiciary duty and the responisbility of the position as member of High Council of Supreme Court and also thank the confidence of President’s Office, Executive Office, Supreme Court and Lower House of National Assembly. As I mentioned during the adjuration ceremony in presence of Mr. President, once again I repeat that I will perform my duties towards the rule of law and securing judicial justice in coordination with Supreme Court’s High Council and will do my best to defend the rights of my people.”

At the end, his Excellency Head of Supreme Court along with other members of High Council, Directors of Central Administrations and Judiciary Counselors accompanied esteemed Qazawatpal Mohammad Zaman Sangari to his office and wished him success.

Esteemed Mohammad Zaman Sangari s/o Sangar Khan was born in 1954 in Sarkani district of Kunar province. He completed his higher education in Juresprodence and Law field in 1979 from Sharia Department of Kabul University and then started his justice career after completing Judiciary Stage Course in 1983.

Mr. Sangari has had several trips to USA, England, Egypt, India and Turkey to participate in Judicial Conferences and Seminars. He can speak Dari, Pashto and is familiar with Arabic and English languages as well.